However, incidents of kidnapping, ransom and sabotage have surged in Gulf of Guinea, say Dryad Maritime. 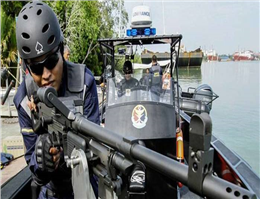 Maritime crime in South East Asia has dropped 50% in the first quarter of 2016 compared to a year ago new figures show.
Only 13 incidents were reported between January and March compared to 35 for the same period in 2015, the lowest level recorded in the past decade, according to Dryad Maritime.
“After 2015, a year that saw numerous hijackings, a crime spree in the Singapore Strait and a marked increase in vessels boarded off Vietnamese ports, the lack of reported crimes so far in 2016 is quite remarkable,” the UK-based security consultancy said.
However, Dryad Maritime says its latest figures show that the Gulf of Guinea continues to “blight an otherwise cautiously optimistic analysis”.
“From January to March, the region saw a surge of industrial sabotage ashore, and offshore, the activity of Pirate Action Groups (PAGs) operating with impunity in the face of overstretched Nigerian naval patrols has surged,” it said.
Fourteen commercial vessels were attacked with eight raids classified as ‘unsuccessful’ due to evasive manoeuvring or the crew’s evasion of capture by retreating to their ship’s citadel.
“In six of these incidents, 23 crew-members were kidnapped for ransom, which is proving a far more effective business plan for PAGs than hijacking product tankers for cargo,” Dryad said.
In contrast, it said Somali piracy continues to be broadly contained with no confirmed attacks on large merchant vessels since January 2014, despite some commentators’ views that the pirates continue to probe.
In Southeast Asia, Millen says regional security forces and law enforcement deserve much credit for the improving situation in the area, especially for combating product tanker hijackings and the 2015 crime spree in the Singapore Strait by tackling the criminal gangs at source.
However, he added that it was not a completely positive picture, with concerns over terrorist related, maritime kidnap in the Sulu Sea and a worsening crime situation off Vietnam.
“In other areas, such as the Gulf of Guinea, the picture is a less positive one, with kidnap of crew for ransom rampant off the Niger Delta,” said Millen.
“Kidnap of crew for ransom off the Niger Delta continues with the criminals growing in confidence and operating with impunity as they take crew members from ships in the region from under the noses of naval forces who have neither the resources nor the capability to routinely deter the criminals’ actions outside of their territorial waters. 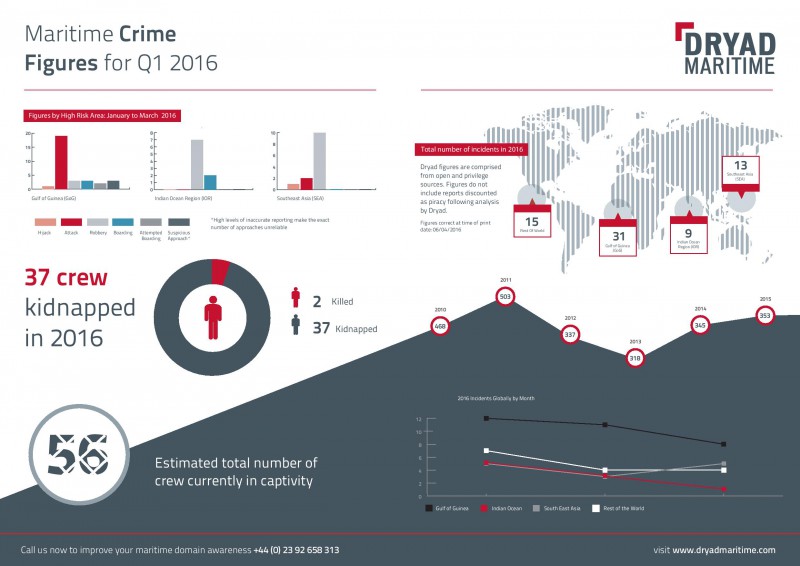