Brazilian drilling firm Queiroz Galvao Oleo e Gas reported a fire on its Lone Star platform late Monday. The rig was moored near the Mauá shipyard for repairs at the time of the incident. 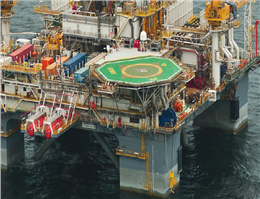 According to MANA,The company said that 14 workers and firefighters on the rig were injured, and were taken to a hospital in Niterói for treatment for smoke inhalation; 11 have been released. Queiroz said that none had been burned.
A yard union representative, Edson Rocha, said that two of the workers were in serious condition.
The platform was evacuated, but the yard said that the site no longer presented a hazard and that work could resume Tuesday.
Queiroz Galvao told Brazilian media that the fire occurred during work on an electric motor, and that the fire had been put out quickly, with no significant damage to the rig.
The 2011-built ultradeepwater Lone Star is capable of water depths to 8,000 feet and drilling depths to 30,000 feet.
0
Visit Home
Send to friends
Print
Newsletter
Share this news