A 15-percent increase in the Export from Lengeh Port 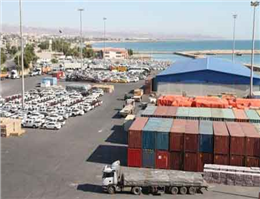 According to MANA reporter, Mahmood Sabari offered a report of the performance of Hormozgan Province Ports and Maritime Organization and stated: during the mentioned period, over 11,660,000 tons of petroleum and non-petroleum goods have been embarked and disembarked in these ports.
He added: of total,9,466,0 40 tons are petroleum goods and the rest are non-petroleum goods, this figure highlights an 8-percent rise in goods transit.
Announcing the increase in the export of non-petroleum goods in the west ports of Khuzestan Province ,Sabari remarked: Lengeh Port experienced the export of 411,681 tons of goods abroad in 2015, which this figure shows a 15-percent increase in comparison with the same period in the past year.