,Four Malaysian crewmen have been kidnapped from a tug near Ligitan Island, Sabah, east of Borneo, Malaysia. 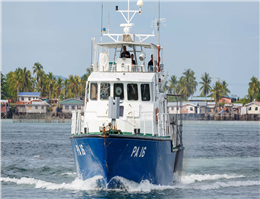 According to MANA ,Sabah police commissioner Datuk Abdul Rashid Harun told local media that around eight gunmen stormed the tug at 6.15pm on Saturday. "There were four Sarawakians, two Indonesians and three Myanmar citizens on board the vessel. However, the kidnappers only took the Malaysian crewmen and released the others,” he said.
The men kidnapped are Wong Teck Kang, 31, Wong Hung Sing, 34, Wong Teck Chii, 29, and Johnny Lau Jung Hien, 21.
Islamic extremist group Abu Sayyaf is known to operate in the area, and if the group is confirmed to be behind the kidnapping, it will be the second in the last two weeks.On March 26, 10 Indonesian seafarers were kidnapped in southern Philippine waters.
The Malaysian Foreign Ministry has issued a statement saying: “Malaysia strongly condemns the senseless and barbaric act.”
The island borders Malaysia and the Philippines, and it is unclear which territorial waters the incident occurred in.
0
Visit Home
Send to friends
Print
Newsletter
Share this news