Iran oil to Greece due this month

An Iranian executive says the first oil to Greece will be delivered by the end of the month following rumours that shipments from Iran are being restricted. 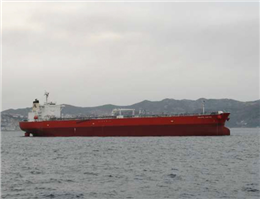 According to a report from the Mehr news agency, general director of OPEC affairs in Iran’s oil ministry Mehdi Asali, said: “Being the largest Greek oil company, Hellenic Petroleum remains a traditional customer of Iranian crude and the first oil shipment will be delivered at the Greek company by the end of March 2016.”
As TradeWinds has reported, Hellenic Petroleum, co-owned by Latsis Group and the Greek government, reached a long-term deal with National Iranian Oil Co (NIOC).
But last week, traders suggested that Iran's outdated terms are creating obstacles for crude shipments from Iran to Europe.
NIOC and Hellenic Petroleum also have to find a settlement over older debts amounting to around $800m.
With the backing of the Iranian oil ministry, Tabdir Energy Development Group is also looking to buy shares in Greek refineries.
Iran has signed a series of deals with other countries, including Russia and France, following the lifting of sanctions.
Hellenic Petroleum was not available for comment at the time of writing.
0
Tags: نفتکش
Visit Home
Send to friends
Print
Newsletter
Share this news