IRAN continued to boost its crude exports in February, with European countries taking a larger share of volumes reflecting the opening up of the market after the lifting of the European Union’s oil embargo in January. 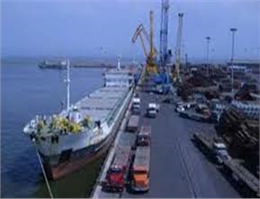 According to MANA,IRAN continued to boost its crude exports in February, with European countries taking a larger share of volumes reflecting the opening up of the market after the lifting of the European Union’s oil embargo in January.
Tehran exported an average of 1.47m barrels a day in February, which is above the average of 1.26m barrels a day for both 2015 and for January this year, according to provisional data from Lloyd’s List Intelligence.
The biggest buyer of Iranian crude was China, which imported around 460,000 barrels per day, accounting for 31.3% of the total.
However, China’s share fell from 43% in January.
The second-largest buyer was Japan, which bought around 250,000 barrels per day, or 17% of the total volume.
Japan raised its share from just 12% in the previous month.
The third-largest buyer was South Korea, which imported around 140,000 barrels per day in February. Its share of Iranian exports fell to 9.5% from more than 15% in the previous month.
India, which was the second-largest buyer of Iranian crude in January, dropped to fourth place in February.
It imported 130,000 barrels per day in February, accounting for 9% of total Iranian exports, down from 15% a month earlier.
The Asian countries of China, India, South Korea and Japan accounted for nearly 85% of Iranian oil exports in January, but this fell to around 67% in February.
This was because new volumes were taken up by France, Spain, Romania, the United Arab Emirates and even Singapore.
Taiwan did not import any Iranian crude in February and Turkey’s share of imports was relatively steady at around 7%.
Tanker movements
Moving on to tanker movements, the newest shipment of Iranian crude was on the 159,233dwt Malta-flagged Seavoyager that sailed from Kharg Island on March 5, and is bound for the port of Fos in France, LLI data showed.
It is expected to arrive on March 21.
.
Meanwhile, Azerbaijan’s state-owned oil company Socar has signed a crude oil swap agreement with Iran’s National Iranian Oil Co.
Under the deal, Azerbaijani crude would be shipped via the Caspian Sea to the northern Iranian port of Neka, from where it would flow to the Tabriz and Tehran refineries in the north of the country.
In return, Iran will supply an equivalent amount of crude to Socar’s customers from the Kharg oil terminal.
“It is unclear how much volumes will be involved, but back in 2009 Caspian swaps averaged around 90,000 barrels per day,” JBC Energy analyst Eugene Lindell said.
0
Visit Home
Send to friends
Print
Newsletter
Share this news