Turning Hendijan into a Trade Port 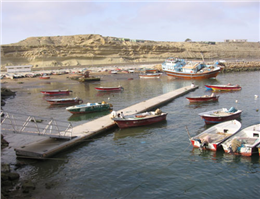 In an interview with MANA, Ahmad Jafari Nasab stated: following this measure, the exports and imports of goods will be done legally and under the full supervision of customs, moreover, all restrictions related to the exports and imports of goods have been eliminated, he continued.
Announcing the increase of the role of foreign trade in Hendijan port ,he remarked that an appropriate opportunity for local and provincial merchants as well as businessmen will be provided to export the export goods to Persian Gulf countries and other parts in the world ,easily and with no limitation .
with reference to that following turning Hendijan into a trade port, Sajafi wharf will be expanded for the purpose of acceptance of more commercial vessels,the governor of Hendijan port further stated: in order to the promotion of economic attraction in this port,the issue of trade exemptions for importing goods in this south port of Khozestan Province will be put on the table in the near future.
0
Visit Home
Send to friends
Print
Newsletter
Share this news