An Omani delegation will pay a visit to Chabahar Wharf next week in order to launch the Chabahar-Oman passenger line. 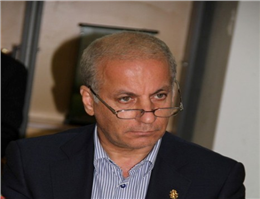 The director of Sistan-Baluchestan Province Ports and Shipping Organization stated to MANA reported that an Omani delegation will travel to Iran to investigate the type and the class of appropriate passenger vessel for Chabahar Wharf.
Regarding the preparation of passenger hall for this passenger shipping line, Siavash Rezvani remarked that necessary measures for the construction of this hall have been taken, but the completion of the construction process is going to take a while.
He further stated that the passenger hall will need welfare facilities and travel equipment, and they all have been purchased from foreign companies, yet their delivery to us will take some time. Hence, with the delivery of these ordered facilities and equipment and with the completion of hardware welfare sections, this hall will hopefully be inaugurated by March or April this year.
Rezvani added that voyages in this line will be run from September to March every year. He mentioned that seasonal conditions and rough waves in the sea make passenger travels very risky from March to September in this section of Oman Sea. Thus, the most desirable period of time for passenger vessel transportation in this line will be from September to March.
Creating new opportunities to promote tourism in this province is the most significant goal of Sistan-Baluchestan Province Ports and Shipping Organization which is pursued by launching the Chabahar-Oman passenger shipping line .
It is hoped that this passenger shipping line be launched in March or April this year.
0
Visit Home
Send to friends
Print
Newsletter
Share this news