The managing director of National Iran Tanker Company (NITC) invited foreign investors to cooperate in petroleum projects under the regulations of this company. 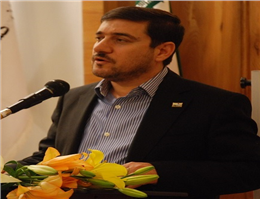 In the 60th anniversary of the establishment of NITC, MANA reported, Ali Akbar Safai stated that NITC has achieved striking accomplishments in the recent years in spite of the sanctions, recessions, and political and economic crises. Today, we are celebrating this, and thanking our partners for all their support and cooperation.
Appreciating the perseverance of President Rouhani’s government in finalizing and implementing JCPOA , he further added that today, NITC is in possession of 64 tankers, 3000 personnel in the sea and on the shore, and the capacity of more than 15 million DWT. Relying on this capacity, NITC intends to expand its scope of activities in line with resistance economy policies and the five -year Development Plan via attaining various revenue sources, human resources development, pursuing environment conservation policies, and cost management.
Safai reckoned Iran as one of the best and least expensive routes for transferring oil and gas in the world , and asserted that currently, Iran holds the 4th and the 1st rank among the countries with oil and gas reservoirs, respectively:In the light of this capacity, the imminent increase of oil exports in the post-sanctions era, and the expansion of Pars-E-Jonoubi, it could be speculated that Iran will play a paramount role in transportation industry worldwide both in the near and in the far future.
Emphasizing the capacities, facilities and abilities of its company, the managing director of NITC reinvited foreign investors to cooperate with its company.
It should not be left unmentioned that the 60th anniversary of the establishment of NITC was held today 17th of January 2017 in IRIB International Conference Hall, with the presence of over 300 foreign and tens of domestic guests.
0
Visit Home
Send to friends
Print
Newsletter
Share this news