The governor general of Sistan-Baluchestan Province paid a Visit to Pakistan to observe the development plan of Gwadar Port, and to negotiate with the authorities of Baluchistan State regarding joint economic collaboration. 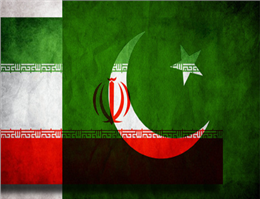 As part of this trip, MANA reported, Ali Awsat Hashemi visited different parts of the development plan of Gwadar Port in Pakistan.
A meeting was held yesterday between the Iranian delegation chaired by Ali Awsat Hashemi, the governor general of Sistan-Baluchestan Province and Nawab Sana Ullah Khan Zehri, the governor of Baluchistan State.
Referring to the international role of Chabahar Port, the governor of Sistan Province stated in this meeting that the hinterland facilities and the appropriate strategic geographical location of Chabahar Port in Sistan-Baluchestan Province (i.e. being located in the vicinity of Chabahar Gulf as well as having access to international waters and the Indian Ocean) enables this port to proceed with national plans and achieve national goals. Besides, this port plays a significant role in keeping Iran's competitive power compared to the facilities and development of neighboring countries such as Gwadar Port in Pakistan.
Hashemi added that the development and expansion of trade activities based on the capacities of Iranian ports could not only implement the strategy of extending beyond-borders trade, but play an effective and valuable role in the regional and hinterland development in areas connected to these ports.
Gwadar Port in is located in the southern regions of Pakistan's Baluchistan State, 70 kilometers to the Iranian border in Sistan-Baluchestan Province.
0
Visit Home
Send to friends
Print
Newsletter
Share this news