With its special conditions, Governor General of Sistan-Baluchestan Province stated, Chabahar Port has to be introduced as a national port, and some shipping lines must be settled in it. 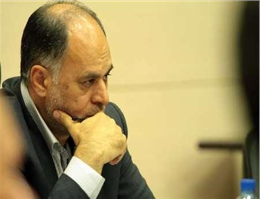 According to MANA, Ali Awsat Hashemi stated in the Maritime Transit Council of Sistan-Baluchestan Province that the most active development workshop is located in Shahid Beheshti Port in Chabahar; nonetheless, the embarking and disembarking capacity of Chabahar Port has remained on 2.5 tons for many years. He hoped that this figure could ascend to 6 million in the light of the new plans. In less than a year, he added, we have managed to allocate 1 billion dollars to Sistan-Baluchestan Province from the National Development Fund, and we are currently equipping Chabahar Port. With the completion of operational projects, he hoped, we could be witnessing the installation of a wharf along with the disembarking of the cargos.
Demanding the Sistan-Baluchestan Province officials to probe the strategies of absorbing merchants and businessmen to Chabahar's Shahid Beheshti Port, the governor general remarked that we should proceed in a way that Afghanistan's goods target Chabahar, and the economic activities of this country increase in Malik Terminal.
Counting the establishment of shipping companies as a key to absorb merchants, he added that in order to enter transit sector, trade, and make a boost, we need to devise a document and probe the useful strategies. Deeming Malik Bridge as a economic promotion strategy both for Afghanistan and Iran, the governor general emphasized that the construction process of this bridge should be launched as soon as possible in order to boost the relationships between the two countries.
Announcing the interest of his province in joint investment with Russia in Chabahar Port, the governor general of Sistan-Baluchestan Province stressed that Russia should be looked at as a trade opportunity, and we should try to expand our relationship with this country. He also added that attending the exhibition for Iran's products and abilities in Russia is of great significance for Sistan-Baluchestan Province, since it gives us a chance to demonstrate our abilities and capabilities in different sectors.
He asserted that legal measures should be taken to invite the Russian Ambassador to Sistan-Baluchestan Province, and in case this invitation is finalized, we should set up an exhibition for the introduction of our maritime products, date, and pistachio, and any other product that could attract Russian's attention and target their markets.
The delegations that are sent to other countries, this authority added, should be purposeful, specialized, and theme-based, so that fruitful results could be yielded. If the sending of these delegations is based on favoritism, no result would come around. He added that the contract of developing and equipping Chabahar Port for 13,480 billion Rials has been signed. So far, he continued, 145 trade delegations from 45 different countries have taken measures to probe Iranian market, and this figure is in place while the lifting of the sanctions has not completely taken place.
0
Visit Home
Send to friends
Print
Newsletter
Share this news