The Secretary of High Council of Free Zones announced that Iran's free zones have been come back on the track in the past two years. 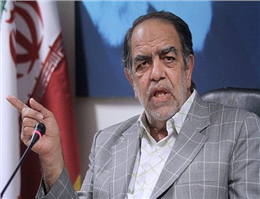 The Secretary of High Council of Free Zones asserted that so far, various achievements in the field of free zones have been attained, and we do hope to build a good future for the free zones, thanks to the new policies directed by the president. He stressed that Iran's free zones have been come back on the track in the course of the past two years.
According to MANA correspondent, In a press conference in Export Transportation Conference, Akbar Torkan announced that turning into an export platform is the most serious policy of the Secretariat Office of the High Council for Collaboration of Free Industrial-Commercial Zones. He added that two exports platforms of Shalamcheh and Makou have already been inaugurated, and some other exports terminals are under construction.
The reason for selecting new free zones as part of the increasing-exports-to-neighboring-countries approach, Torkan explained, was that petroleum and petrochemical products have customers in international markets. Hence, we need to do marketing for exports to neighboring countries and such a market is of great value to us.
The Secretary of High Council of Free Zones continued that Mehran free zone has been set as one of the exports platforms to Iraq, and Ardebil and Incheboroun platforms are under construction for exports to Azerbaijan, and Kazakhstan and Turkmenistan, respectively.
Torkan added that Jask Free Zone is the second largest exports terminal in the country, and with the president's proposal, this free zone is responsible to organize trade in Oman Sea.
Announcing that 70 percent of the total export of Iran is done through the free zones and special economic zones, the counselor to the president emphasized that the construction of several airports ,dry ports in special economic free zones have been commenced since two years ago.
0
Visit Home
Send to friends
Print
Newsletter
Share this news