The most Comprehensive Atlas of Iran's Maritime Maps to be Developed

The comprehensive Atlas of ancient Iranian maps, also including maritime maps, from early history up to present is under development. 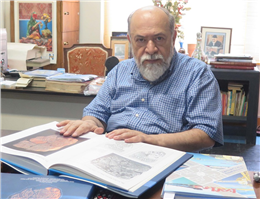 In an interview with MANA reported, the president of Sahab Geography and Cartography Institute stated that since ancient Iran's maps that belonged to the pre-Islamic period have not been published, we have been trying to locat them and collect them from 35 countries in the past 9 years.
Mohammadreza Sahab added that so far, over 10,000 maps have been collected. In order to do so, he added, I personally traveled to Far East, European and even Arabic countries.
He pointed out that their collection covers four historical periods, beginning from the ancient era, carrying on to Islamic and Renaissance eras, and ending in the modern era.
He added that this book will be a monumental artifact for the country, and the maritime maps have a paramount position in this atlas. Provided ample financial resources are supplied, this book would be ready for publication in the next two years.
The president of Sahab Geography and Cartography Institute asserted that maps, in general, express the historical identity of a country, and hence, It dose not allow geographical regions to be called by fake and fabricated names.
In the end, Sahab ‘s managing director added that for the Persian Gulf name to be proved, it is not necessary to spend billions of Tomans to hold seminars or conferences inside Iran; rather, these congregations should be held outside Iran, so that the world people get acquainted with the conditions of Iran. It is obvious that Iranians know enough about the Persian Gulf.
0
Tags: اطلس
Visit Home
Send to friends
Print
Newsletter
Share this news