The director of Shahid Bahoonar Ports and Maritimes Organization announced the docking of the first Row-Row Vessel with the capacity of carrying 800 cars in Bahoonar Port, thanks to the lifting of the sanctions. 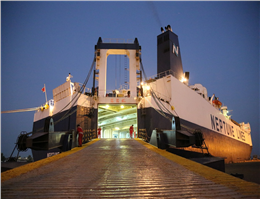