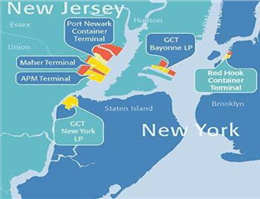 According to MAMA,The planned completion of the 50-foot Harbor Deepening Project later this summer and the anticipated completion of the navigational clearance project at the Bayonne Bridge late next year were cited as proof that the port will find itself prepared to handle new, larger classes of cargo ships within its previously stated time frame.

U.S. East Coast ports have spent billions of dollars in the last decade preparing for the large neo-Panamax ships that will transit the Panama Canal’s new locks when they open to commercial traffic, says a report in JoC.

The Port is spending $3.4 billion to deepen its channel to 50 feet and to raise the air draft of the Bayonne Bridge
0
Visit Home
Send to friends
Print
Newsletter
Share this news