<![endif]--> No Need for Countries’ Permissions to Sail through the International Waters

No Need for Countries’ Permissions to Sail through the International Waters

The Technical Deputy of the Islamic Republic of Iran Shipping Line (IRISL) stated that Bab-el-Mandeb Strait is an international waterway, and based on the international rules, all the commercial vessels have the right to pass through this strait freely and safeyl 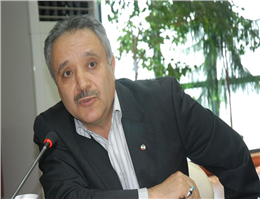 Rejecting the recent claims of some social network users as to the position of Djibouti, Captain Ali Ezati stated to MANA correspondent that based on the international rules and the directives of the United Nations, countries are only entitled to set rules and regulations for the waterways in their own territory. If a waterway in a country is recognized as an international waterway, all vessels have the right to pass through there safely and freely.
Thus, Bab-el-Mandeb Strait is an international waterway, and all commercial vessels are entitled to sail through it with safety and freedom. Djibouti is not in a position to hold mastery over this waterway; in other words, vessels’ passing through Bab-el-Mandeb Strait is by no means related nor under the control of the decisions made by Djibouti government.
He added that IRISL vessels do not commute to Djibouti ports, and this country’s economic activities are in a very small scale, which is barely comparable to a small Iranian city. Thus, Iranian ships’ sailing through Bab-el-Mandeb Strait in the past, currently .
and in the future was, is and will only be for the sake of making aids to the deprived people of Africa and Djibouti
0
Visit Home
Send to friends
Print
Newsletter
Share this news