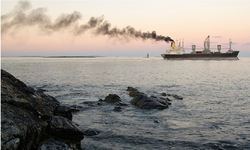 The IMO's commitment to slash shipping's annual GHG emissions by 2050 by at least 50% was partly meant to boost incentives for businesses to invest in a low carbon future. A year and a half later a large coalition of such entities has come together to work on zero emissions vessels.

AN INDUSTRY coalition of 60 companies, many of them major international corporations, has committed to developing commercially viable, zero-greenhouse gas emissions vessels by 2030.

The ambitious target, launched today in the full glare of media attention as the UN Climate Action Summit gets underway in New York, is an unprecedented industry moon-shot designed to accelerate industry efforts towards decarbonisation and add pressure on national and international regulators to support more rapid transition to fully decarbonised shipping.

“The ambition of the ‘Getting to Zero Coalition’ is to have commercially viable zero emissions vessels operating along deep sea trade routes by 2030, supported by the necessary infrastructure for scalable zero-carbon energy sources including production, distribution, storage and bunkering,” the coalition said in a statement.

While there is no formal structure in place yet, the coalition heavyweights including Citi, Cargill, Lloyd’s Register, Maersk, Shell, Trafigura and Euronav are taking the lead in the launch phase of the operation which will then cast the net wider to bolster membership.

Beyond 2020, the focus will be on technological advancement, alternative fuels production and cost and the launch pilot projects with zero emissions fuels.

“By the end of 2023 it is expected that the possibility of a commercially viable ZEV operations by 2030 is generally accepted among key stakeholders beyond the coalition,” the coalition said.

But eventually elevated awareness and early steps in the intended direction will need to be augmented by appropriate policies, supporting critical infrastructure well beyond the design of the vessel.

“80% of the challenge here is everything that needs to go on land; infrastructure, refineries, new energy,” Maersk head of Sustainability Strategy & Chief Advisor on Climate Change John Kornerup Bang told Lloyd’s List, adding that political pressure was part and parcel of the coalition’s intentions.

Mr Kornerup Bang lamented the fact that, thus far, many countries have not carried through with their commitments to meet the Paris Agreement targets when it comes to land industries.
“There is a gap that is also a problem for us as we are making the green transition because we are on the receiving end of what the terrestrial systems are capable of doing,” he said.

The IMO’s GHG strategy is limited to emissions from shipping and does not concern the production of the fuels ships use.

However, some stakeholders have argued that shipping’s quest for alternative fuels should consider their whole lifecycle to prevent GHG emissions during their production.

The coalition intends to focus on the deployment of fuels with zero GHG emissions throughout the lifecycle, but acknowledged there may have to be a period when non-zero lifecycle missions fuels are used.

“If we rely on any energy source with an initially non-zero upstream emission, there needs to be evidence that the energy source will become zero at the latest within the timescales of completing shipping's decarbonisation,” the coalition said in a statement.