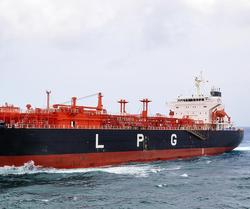 Fleet utilisation and freight rates have started to improve, but risks remain. The supply overhang has shrunk, but the 2019 delivery schedule is going prove a delicate balance and the fate of US exports to the Far East could yet be hit by tariffs.

The market is just past the cyclical nadir and on an upswing.

THE global market for liquefied petroleum gas continues to be supply led; if you make it, somebody will buy it. The commodity’s many uses — commercial, industrial, transport, consumer — make it globally attractive. According to the International Energy Agency’s October 2018 Oil Market Report, demand for LPG and ethane runs at around 12.5% of total daily oil products demand and totalled 12.4m barrels per day in the first half of 2018, an increase of 4.1% over the first half of 2017. LPG demand growth is running at about four times total oil products demand growth, which the IEA estimates to have been 1.1% year on year for the first half of 2018.

It is expected that industrial demand for LPG will grow fastest as plastics manufacturing in Asia booms along with consumer spending. In particular, the petrochemical sector in China is growing rapidly, including fully integrated refinery-with-petrochemical plants but also plants that will rely on LPG imports. LPG demand for transport may be variable, subject to what the IEA calls transport’s “transformative phase with stricter energy efficiency standards, penetration of alternative fuels and technologies and modal changes.”

Meanwhile the global LPG market is being shaken up by the arrival of huge volumes of shale-related LPG from the US and even more volumes from new refineries in the Middle East.

The global glut of gas is driving some producers to sign long-term deals to protect market share, whereas deals of two or three years were more common when supply was more variable. In 2017, Abu Dhabi National Oil Company signed a 10-year agreement with Vitol to sell up to 528,000 tonnes of LPG a year. Adnoc’s Ruwais refinery, the largest integrated refinery and petrochemicals hub in the world, will triple the United Arab Emirates petrochemical output.

In October 2018, Qatar Petroleum signed a deal to supply Oriental Energy Group, the largest Chinese LPG distributor, with 600,000 tonnes a year of LPG for five years. This followed its April 2018 deal to supply Vietnam with 2m tonnes of LPG a year for 15 years. In the same month, Emirates National Oil Company said it would consider building an LPG import terminal in Bangladesh which would provide it with a captive customer. Bangladesh had recently signed a $20m loan with International Finance Corporation to double the availability of LPG in the country.

The LPG shipping markets remain founded on two related pillars. First, the distance between producers and consumers creates demand for LPG shipping.  Second, the reaction of ship owners to changes in demand, through newbuilding ordering and removal of older tonnage, is the fundamental driver of the freight market. While the first factor continues to be generally positive, the second remains problematic.

LPG tanker deliveries peaked in 2016 when 89 ships, including 49 very large gas carriers each of over 80,000 cu m capacity, joined the fleet, adding 4.7m cu m. The freight markets slumped into the doldrums almost immediately and stayed there as another 2.9 cu m was added to the global fleet in 2017. Deliveries in 2018 are expected to fall to 1.5m cu m, including only eight VLGCs before increasing again in 2019 to 2.4m cu m including 23 VLGCs.