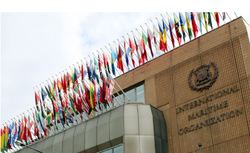 The IMO Council fails to reach any decision on reforming access to information at the International Maritime Organization, claiming there was insufficient time to consider the matter.

Consideration of information access reforms will now effectively be pushed back to 2019.

THE International Maritime Organization was unable to reach an agreement over crucial transparency and openness reforms on Friday, Lloyd’s List understands.

The IMO Council, the organisation’s 40 member state governing body convening in London, this week did not make any decision on reforming access to information of the IMO, claiming that there was insufficient time.

The council, which meets behind closed doors, was discussing a number of reforms this week, including changes to its structure, governance and powers.

But the week’s main and highly contentious issue was thought to be whether a council working group that would undertake the reform efforts, would consider facilitating greater access to IMO information for the public.

Australia was spearheading an effort to open up live public access to IMO meetings and more liberal media coverage rules, while leading flag states like Panama, Marshall Islands, the US and others opposed even the discussion of the access to information reforms in the working group, ahead of the meeting.

While the working group did discuss the access to information issue, it reported back to the council’s plenary on Friday that it did not have enough time to properly address the matter and hence made no firm conclusions.

This outcome effectively means that no access has been taken on the public access front but does not disqualify renewed pressure on the IMO to open up during its next council meeting in 2019.