Considering the situation of Iran’s oil economy after the nuclear deal and during the Post-JCPOA era, this country is one of the main platforms for jumping to communicate with the international community. In this regard and with a proper understanding of the use of oil resources, Iran could present itself more in the region and in the world. Given this situation, Iran has come to be seen due to its single-product economy so far and in less than two years. This is the beginning of hope that country’s large-scale policy of improving oil exports and the platform created for the oil economy could strengthen other areas of the economy which need investment attraction. In the same vein and with the purpose of investigating Iran’s oil and gas capacities as well as the transition from oil-centric to gas-centric oilfields, and the establishment of a lucrative joint venture with international companies, MANA correspondent managed an interview with Dr. Nersi Qorban, one of the Iranian experts in the field of energy economics in which its transcription is given as follows: 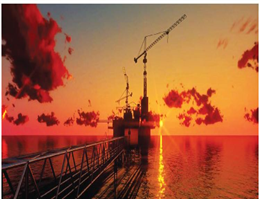 Given the fact that gas capacity of Iran is more than it needed both in terms of household fuel inside the country and fuel feedstock, is Iran capable of creating a mainstream for foreign investment with regards to exports? Considering LPG and LNG potentials or providing the required necessities for example, how investors could enter the domestic realm of Iran as this country competes with Qatar which has access to American equipment and technology?
According to the British Petroleum Statistical Review of World Energy Published in June 2016, Iran with 34 trillion cubic meters of gas reserves (18.2 percent of the world gas reserves), possesses the largest gas reserves in the world. Iran is also the third largest producer of natural gas after the United States and Russia and the fourth largest consumer of gas after the United States, Russia and China. Iran can produce more gas considering its gas resources. If we compare Iran with the world largest gas producer we see that the United States with 5.6% of the world gas reserves produces 22% of the world gas while Iran with 18.2% of the world reserves (3.25 times US reserves) produces 5.4% of the world gas, which is less than a quarter of the US production. Consequently the potential for exporting natural gas in the form of LNG or using pipeline in the future exists.
The international energy companies have been eager to tap Iran’s gas resources for export to East Asia and Europe since 1974. This has been delayed due to revolution in Iran, Iraqi military attack which led to eight years of war, sanctions and lack of right circumstances for investment in such venture. While Iran competes with Qatar on the development of the biggest gas field in the world (North Dome in Qatar and South Pars in Iran), it has no installation for exporting LNG and is not competing with Qatar in the export of this product.
Being the largest global reserves and considering all the profitable petrochemical complexes of the world that their needed feed is provided by liquid gas feed, is there any plan to move from oil-based to gas-based?
The feedstock of most of the world upstream petrochemical complexes is Natural Gas or Naphtha. Those petrochemical producers that have access to natural gas at reasonable prices have an advantage over their competitors who are using Naphtha as feedstock. Iran, Qatar and Saudi Arabia are mostly using natural gas as feedstock and have a competitive edge over producers who use liquid products. The move to natural gas as a feedstock has been already happened.
Petrochemical products are the largest part of our nonoil exports. Meanwhile, one of the advantages of Iran is the production of surplus gas as well as having a wide coastline in the South that is significant for petrochemical complexes with a high level of water consumption. Then, if we prepare the fields and foreign investors intend to invest, is there any planned objectives to make the petrochemical production chain complete?
Iran with its large reserves of natural gas, access to relatively cheap feedstock, educated engineering and labor force and its geographical advantages could be one of the largest producers of petrochemical products. It is well known in the petrochemical trade that the real added value is created when the basic petrochemical products such as methanol and ethylene are converted to other more valuable products. Iran is currently working hard to enter into profitable joint ventures with international companies who have access to technology and capital for developing such petrochemical complexes.
Due to the launch of the Persian Gulf Star in Bandar Abbas and West Gilan’s Pipeline, what plans have been considered for surplus capacity of South Pars aiming at the production of petrochemicals?
Star of the Persian Gulf condensate refinery within a year will refine around 300,000 barrels per day of condensate produced in the South Pars gas field. Each phase of the South Pars gas production produces around 40,000 barrels of condensate per day. The conversion of condensate to light petroleum products will balance the domestic supply and demand for gasoline and there will be no need for importing gasoline from 1396. In addition to that, the refinery will produce good quality naphtha that could be used for petrochemical complexes. A number of smaller condensate refineries (60,000 barrels per day) is planned to be built in Sirraf which also produces light petroleum products for export and to be used as feedstock in domestic 168 petrochemical complexes.
0
Tags: Oil Industry iran Investment Attractions
Visit Home
Send to friends
Print
Newsletter
Share this news