State-run Philippine National Oil Company (PNOC) has shortlisted six countries and will choose one from them as a partner for its planned US$2 billion receiving and distribution facility for imported LNG, Reuters reported. 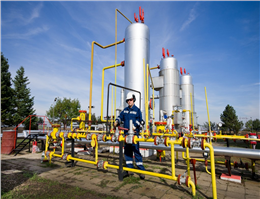 The company has received six proposals from China, Indonesia, Japan, Singapore, South Korea and the United Arab Emirates (UAE) to co-build the LNG hub, PNOC’s head of LNG team and technical adviser Arwin Ardon quoted as saying, reported by MANA correspondent.
He said all proposals include storage, liquefaction, regassification, a power plant, and distribution facility as part of the LNG terminal.
The construction of the project, which includes a 5 million tonnes-per-annum storage facility, could be completed by 2020, or four years before the country's Malampaya natural gas field is depleted, Energy Secretary Alfonso Cusi said last month.
These proposals will be reviewed and will be submitted to the DOE, which has the final say on the project, by July 30, Philstar quoted Ardon as saying.
“We’re looking at $2 billion for the LNG terminal. On where we will source financing for that, we are looking to NEDA (National Economic and Development Authority). Since foreign countries are involved, we’re looking to Department of Foreign Affairs (DFA), Department of Budget and Management (DBM) and Department of Energy (DOE), who will form an inter-agency committee reviewing this particular mega project,” Ardon said.
The Philippines' energy demand is set to triple by 2040, with electricity requirements anticipated to grow four times from 2015. To support this spike, the country needs to step up power generation capacity by 7,000 megawatts over the next five years and wants foreign investors to help.
0
Tags: philippines LNG Asia imports
Visit Home
Send to friends
Print
Newsletter
Share this news