The big three Japanese lines will engage with the Competition Commission of South Africa to review the authority’s recent rejection of their planned container lines business merger. But say work on the merger will proceed in the meantime. 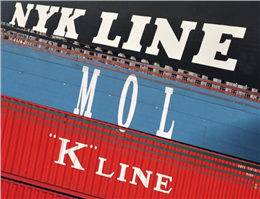 Japan’s K Line, MOL and NYK have made plans to merge their container shipping business named Ocean Network Express (ONE) scheduled to start in April 2018, MANA correspondent reported.
“We are carefully reviewing the reasons for the commission’s decision. In South Africa, the competition tribunal has the power to review and reconsider the decision of the competition commission. We will continue to engage with the commission in the course of the proceedings,” NYK told Seatrade Maritime News in a statement.
NYK added that the three lines are currently investigating the impact that the South African decision may have on the proposed merger.
“However, on the whole, we are continuing the preparation work aiming for the commencement of the joint venture’s global operations in April 2018 as scheduled,” NYK said.
The Competition Commission of South African rejected the merger based on findings on the impact that it will have on the container shipping market and adjacent car carrier market, where the three lines have been found guilty of collusion in some markets, and are under prosecution in others.
0
Tags: MOL K Line NYK japan merger South Africa
Visit Home
Send to friends
Print
Newsletter
Share this news