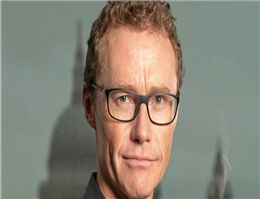 According to MANA, Talk of future disruption of maritime markets has suddenly emerged as the dominant zeitgeist, seemingly driving debate whenever people get together to talk shipping, be it technological change, environmental or even social.
From the ‘catalyst for change’ slogan of last week’s stimulating Nor-Shipping conferences to the reliably penetrating insights of the latest market review from Danish Ship Finance, the potential for disruption to today’s cozy-yet-haphazard markets shouts out.
Yet, as events in the Middle East have again proven this week, with Qatar’s abrupt diplomatic and trade isolation by its powerful Arab neighbours, it is the unexpected disruption to markets today that remain perhaps the hardest to read and manage.
With the rapid pace of technological change sparking the creation of not just new billion-dollar companies but whole new industries almost by the day, shipping is waking up to the fact that even this most staid and change-resistant business will likely face its own revolution over the next decade and more.
Plenty of futurologists are ready to predict such upheaval, but few can offer any concrete advice on exactly which direction that disruption will appear from or how to react.
Stanford University’s Tony Seba warned the Nor-Shipping audience of the likely revolution in energy markets with the expected boom in battery-driven cars combined with renewable energy sources.
It fell to the man labelled Norway’s Warren Buffet, investor Kristian Siem, to highlight the conundrum of how management can bridge from day-to-day realities to tomorrow’s brave new world.
Christopher Rex and his team in the research department of Danish Ship Finance, for their part, certainly do not offer any simple solutions. But they do suggest that some more challenging thinking is required, since the certainties of the steady and strong growth in seaborne trade over the past 25 years may be breaking down.
They argue that the combination of an ageing population in major consumer markets of the developed world and the impact of the fourth industrial revolution on the consumption patterns of developing nations will radically alter growth models.
It remains easy to overlook how vital continued consumption of manufactured goods in the West has been for shipping through the past three decades. While jobs have been outsourced to developing nations, Western consumers have driven demand. But those markets are now ageing and, with that, demand growth will slow.
Meanwhile, economic growth in the developing world is expected to be less resource and trade-intensive, as society places higher value on services delivered through electronic technology.
As the popular backlash against globalisation has made impact politically over the past year, there are now signs that major Western companies are starting to embrace re-shoring and localisation. Several big US manufacturers are pledging to bring factories back to their home markets.
Meanwhile, hovering over all these issues is the question of the impact of whether new disruptive business models will make an abrupt entry to shipping, just as the likes of Amazon, Uber and Airbnb have disrupted previously conservative and stable sectors.
Discussing some of these issues at Nor-Shipping, DNB’s Kristin Holth stressed her vision that you had to measure the value of each company not on its physical assets but on its management. Only if management is able to think creatively and radically will the company succeed.
0
Tags: digitalizing shipping
Visit Home
Send to friends
Print
Newsletter
Share this news