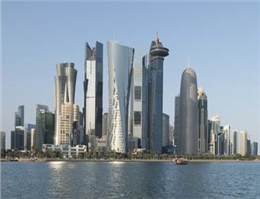 According to MANA, THE diplomatic crisis engulfing the Middle East and the de facto blockade against Qatar has thrown shipping and maritime operations into disarray, with companies still waiting for the dust to settle three days in.
As companies wait for more clarification from authorities, many services remain disrupted and reverberations are being felt along the entire logistics supply chain, affecting shipping services, banking, insurance and end-user demand.
The movement of vessels with fixtures requiring port calls in Qatar has ceased as owners and operators try to decide their next move, bearing in mind the commercial and legal implications of what they do with their cargo.
Legal experts, who have been flooded with client queries, are predicting a surge in disputes and claims once losses are incurred and costs begin to mount.
"The way things are going at the moment though, I would expect we are likely to see disputes involving shipments of cargo currently en route to Qatar," Kennedy’s partner Karnan Thirupathy said.
He said charterers and owners involved in shipment of cargo to Qatar would be examining their force majeure clauses, in particular the “restraint of princes” exceptions, to see whether they allow the charterparties to be terminated or varied.
A “restraint of princes” clause accounts for forcible interference by a government that prevents the charter from progressing and includes embargoes, quarantine regulations, blockades and seizures of ships for trading with the enemy.
Mr Thirupathy, who specialises in maritime law, said there were likely to be disputes between owners and charterers as to who would bear the additional expense of transportation and delays caused by the new restrictions.
"If it remains unclear what exactly can or cannot be done, this will only serve to create more uncertainty — and as a result disputes,” he said, adding that the various countries involved must issue clear and comprehensive advisories as soon as possible.
Cargo carriers have by and large refused to accept any new consignments destined for Doha including transits, and they are still deciding what to do with shipments already under way, because many of these are perishables with a limited shelf life.
Uncertainty breeds chaos
Companies have also raised concerns about regional banks declining to accept the Qatari riyal or deal with Qatari banks.
“We understand that some Saudi, UAE and Egyptian banks are suspending business with Qatari banks, such as recognising letters of credit and other contingent payment instruments until they have received guidance from their respective central banks,” Holman Fenwick Willan said in an advisory note.
It said while the international currency of shipping is the US dollar, some shipowners could be exposed to Qatari riyals under specific supply or sales contracts.
To date, no statements have been made by the Saudi Arabian Central Bank or the UAE Central Bank, but the latter has reportedly asked its commercial banks to assess their exposure to Qatar by June 8 before it takes a decision on how to move forward, HFW added.
Another area of immediate concern has been highlighted by ship management companies, who use the UAE’s Fujairah port as a major hub for crew changes and have now been forced to reshuffle entire ship schedules and look for last minute alternatives that could prove costly.
Fujairah port pitches itself as a “one stop” servicing point that offers everything from ship repair to parts and crew supplies. Its anchorage can accommodate up to 100 vessels at any given time and crew changes involve an average of 2,500 personnel every month, according to port data.
With restrictions from Fujairah port’s immigration department on personnel from vessels that are sailing to or coming from Qatar, UAE companies are faced with the prospect of losing out on revenue not just from bunkering operations, but a host of other services as the blockade takes effect.
Oil pricing agency Platts is conducting a review of the deliverability of crude oil loading from Qatari ports in its price assessments as the loading of Al-Shaheen grade of crude from Qatar has been affected by the blockade, which could affect the crude price and contracts between buyers and sellers.
With supply chains breaking down, undelivered cargoes piling up, vessel demurrage accumulating and supply contracts getting redrawn, trade disruption will only accelerate in the coming days. Disruption is bad for the industry, but for some it is a business opportunity.
0
Tags: Qatar trade
Visit Home
Send to friends
Print
Newsletter
Share this news