Partnerships and Sharing at the Heart of Digitalisation

SHIPPING companies will have the chance to adopt blockchain technology to ensure integrity of transactions and efficiency of workflows, which could result in significant cost reductions. 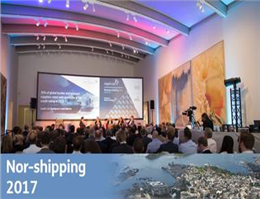 According to MANA, getting relevant stakeholders such as peers, employees and maritime authorities on the same page won’t be easy, according to a panel of speakers at the Lloyd’s List Oslo Business Briefing.
While blockchain, and other types of information technology innovations, could theoretically allow the shipping industry to create an information-sharing platform within maritime transport and beyond, the first step would be finding the right partners to share, some of the panel suggested.
But sharing commercially sensitive information in general is not something to be taken lightly, not to mention the issues surrounding intellectual property.
“It’s about how you in the maritime industry are to find the right partners,” Ericsson’s vice-president in global maritime services John Taxgaard said. “It’s about how the whole logistics chain is to be connected together.”
But the potential benefits in utilising the data could be huge, said IBM’s head of global trade digitalisation deployment Norbert Kouwenhoven.
“The whole point is about sharing data in the supply chain,” said Mr Kouwenhoven, whose company formed a partnership on blockchain technology with Maersk Line in the most high-profile deal for digitalisation for shipping this year.
The tie-up with Maersk Line, the world’s largest box carrier, is aimed at creating economies of scale on the supply chain. “It’s about creating the volume,” Mr Taxgaard said.
But he also admitted that there are challenges ahead for blockchain to reach its full potential. One of the benefits for blockchain is the ability to carry out paperless transactions, but today it is mandatory to provide paper documents to the authorities, Mr Taxgaard said.
Moreover, when a company launches a new initiative it is best to get its employees on board. But digitalisation is often linked to job losses as new technologies are often able to perform tasks that would previously have required a human worker.
The important thing would be “how to make things positive for everyone involved,” said Svend Lykke Larsen, Marlink’s sales and business development director. “We are also a people’s industry.”
Thorsten Meincke, Kuehne+Nagel’s senior vice-president of global seafreight, suggested shipping industry participants would serve themselves better by putting things into perspective.
Technological progress has had an impact on shipping for years even though the process was not always “linear,” he said.
Mr Meincke pointed out that the latest wave of digitalisation seems driven by business-to-business dotcoms and investors with little experience in shipping, rather than consultancies and the media as in the past.
0
Tags: Nor shipping
Visit Home
Send to friends
Print
Newsletter
Share this news