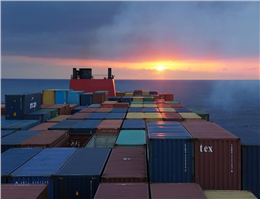 According to MANA, THE operating environment for the shipping industry has bottomed after double-digit earnings declines in 2016, according to ratings agency Moody’s, and it expects earnings to remain stable this year.
However, earnings before interest, tax, depreciation and amortisation were expected to be at a low level, it warned.
It would consider changing the outlook back to negative if signs emerged that shipping supply growth would exceed demand growth by more than 2% or that aggregate operating earnings would fall by more than 5% year on year.
It may consider a positive outlook if the oversupply of vessels declined materially and aggregate year-on-year ebitda growth appeared likely to exceed 10%.
The continued scrapping of panamax-class vessels in the wake of the Panama Canal expansion is seen as a positive, while tightening environmental regulations driving older ships to breakers years also helps offset global capacity expansion.
Moody's pointed to signs of a recovery in the dry bulk and containership markets.
It believes those segments are unlikely to worsen from the levels seen in 2016 and expects supply growth to exceed demand growth by less than 2%, with freight rates gradually increasing.
The dry bulk segment is expected to be stable, with freight rates improving on the back of demand from China.
For containerships, supply growth is expected to outpace demand growth, keeping freight rates low, but higher than 2016 levels.
Its view on the tanker segment is negative as very high levels of scheduled deliveries for 2017 and 2018 will put downward pressure on rates over the coming 12 months.
0
Visit Home
Send to friends
Print
Newsletter
Share this news