Many of shipping’s asset markets appear to offer a fairly reasonable level of liquidity most of the time, but just like the “Karma Chameleon” in the 1983 No.1 song, sometimes this can “come and go” due to a variety of factors. Recently, it appears that S&P market liquidity has been coming on strong in the main volume sectors, and once again there appear to be a number of different drivers behind the changes. 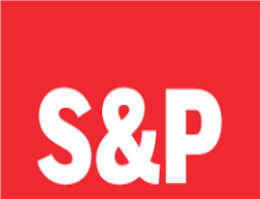 As in all economic asset markets, liquidity can change its hue according to the market environment, depending on the appetite of potential buyers and sellers to transact at a given level against a backdrop of a range of factors, including the availability of finance, MANA correspondent reported.
From much lower or dropping levels of liquidity just a year or so ago, it seems that today S&P market liquidity has been on the up, with things looking increasingly active recently. The graph indicates, for the three main volume sectors, the monthly level of liquidity in terms of the volume of reported sales (in vessel numbers) on an annualised basis, as a percentage of the existing fleet at the start of each month. A 6-month moving average (6mma) is then taken to remove some of the month-to-month volatility and illustrate the general trend.

The lines on the graph (unlike in the song lyrics they’re not “red, gold and green”…) show how quickly the liquidity has risen in the main sectors. For bulkcarriers the 6mma has jumped from 4.1% in Feb-16 to 7.2% in Apr-17. In the tanker sector, it increased from 3.3% in Apr-16 to 4.6% in Mar-17, and in the containership sector it has leapt from 2.3% in Feb-16 to 5.5% last month. On a combined basis across the three sectors, the 6mma has increased from 3.5% in Feb-16 to 6.0% in Apr-17, and the monthly figure for Feb-17 reached 9.7%. The 6.0% figure represents the highest 6mma level of liquidity since the onset of the financial crisis in late 2008 (the low point being 2.5% and the average across the period 4.3%).
However, on inspection the drivers look a little different. In the bulkcarrier sector, as has been widely reported, with some improvements in freight market conditions buyer appetite appears to be back, and has driven pricing upwards. Reported sales volumes in the first four months of 2017 stood at 277 units, up more than 50% y-o-y. In the tanker sector, liquidity appears to be coming back after a period in which, against easing markets, prices may have been too high for buyers’ tastes. Again, volumes in the first four month are up by more than 50% y-o-y. In the boxship sector, meanwhile, it’s different once again, with distressed sales to the fore after the cumulative impact of markets which have until now been in the doldrums for some time. Mar-17 saw an all-time record monthly level of containership sales (44) and the year to date figure is closing in on the full year 2016 total.
So, S&P liquidity can come and go, and recently it has clearly been on the way up. For those trying to transact to access tonnage, or exit the market, that’s a big help, and it’s good news too for asset players, an enduring part of the shipping market’s culture. Have a nice day!
0
Tags: tanker dry bulk clarksons boxship liquidity S&P
Visit Home
Send to friends
Print
Newsletter
Share this news