The liquidation of Hanjin Shipping is expected to result in KRW1.2 trillion (USD1.05 billion) in losses for the company’s bond holders. 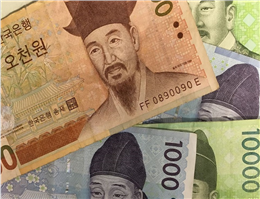 According to MANA, the bonds were issued through private and public debt placements. The privately placed offerings are estimated at KRW939 billion while publicly placed bonds are approximately KRW250 billion.
The bonds were issued to state-run banks and lenders and retail investors. The bond holders include Hanjin Shipping’s largest creditor, state policy lender Korea Development Bank.
Hanjin filed for court protection in late August 2016 after its creditors led by the KDB said theywould not provide additional financial support to Hanjin starting from September 4. The company experienced financial problems due to a prolonged depression in the shipping industry coupled with an oversupply of vessels.
Established in 1977 as part of the Hanjin chaebol, Hanjin Shipping’s business grew with South Korea’s economic expansion, known as the “Miracle on the Han River”, but its fortunes waned as chronic overcapacity developed in the shipping industry after the global financial crisis. The company never quite recovered and suffered four consecutive annual losses from 2011 to 2014.
0
Tags: Hanjin’s Bondholders Big Losses
Visit Home
Send to friends
Print
Newsletter
Share this news