Scott says he will cut off funding for improvements of ports if they pursue deeper trade ties with Castro regime. 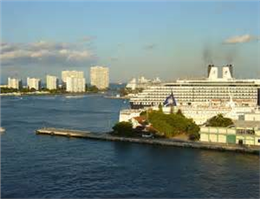 According to MANA, lorida Gov. Rick Scott threatened in his proposed budget to cut off funding for improvements at the state’s ports if they pursued deeper trade ties with Cuba.
The delegation visit came alongside the arrival of the first commercial commodity directly exported to the U.S. from Cuba in more than five decades: two 20-ton containers of artisanal charcoal that landed at Port Everglades in Fort Lauderdale last Tuesday.
0
Tags: Florida Governor Cuba ports
Visit Home
Send to friends
Print
Newsletter
Share this news