Norway, Greece and France to Invest in Iran’s Aquaculture 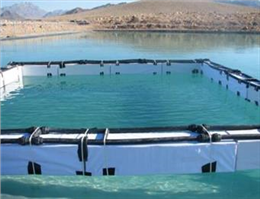 Announcing the presence of Norwegian, Greek and French investors in Iran’s Aquaculture sector, Seyfollah Haghighi stated: Norway is recognized as a pioneer country in farming fishes in Cage and we enjoy Norwegian’s experts perspectives for the development of this industry in Iran, MANA correspondent reported.
Haghighi added: there is no doubt that the presence of foreign investors will make a serious contribution in the development of farming fishes in Cage.
According to this official figure, farming fishes in Cage will initiate a boost in fisheries and Aquaculture sector.
The deputy of Iranian Fisheries Organization (Shilat) also proposed: approximately, 123 tons of seafish had been produced through farming fishes in Cage in 2014.
Referring to the remarkable increase of the mentioned figure in the last year, he remarked: in 2015, this figure rose to four thousand tons.
In the light of the plans, we witnessed the production of 20 thousand tons of seafish through farming fishes in Cage in the current year, Haghighi continued.
0
Tags: norway france Aquaculture iran
Visit Home
Send to friends
Print
Newsletter
Share this news