The European Commission on Wednesday said it has given its conditional approval to a merger between German container shipping line Hapag-Lloyd (HLAG.DE) and the United Arab Shipping Company (UASC). 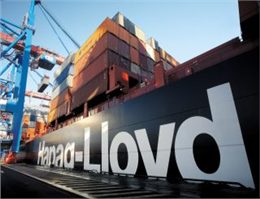 According to MANA, The merger would create a combined company worth about 7 to 8 billion euros ($7.5-$8.6 billion). It would be the world's fifth largest shipping firm, with access to the Asia-to-Europe trade route and trans-Atlantic and trans-Pacific routes.
"Both companies operate in the container liner shipping sector," the Commission said. "The clearance is conditional on the withdrawal of UASC from a consortium on the trade routes between Northern Europe and North America, where the merged entity would have faced insufficient competitive constraint."
0
Tags: Hapag-Lloyd UASC merger
Visit Home
Send to friends
Print
Newsletter
Share this news