Shipping Shipping
A
News ID: 70363 |
Imbalances of Profit and Loss:

As the first nine months of 2016 were dominated by the disappointing result development seen during the first two quarters of the year, German shipping major Hapag-Lloyd ended the nine-month period with a net loss of EUR 133.9 million (USD 144 million). 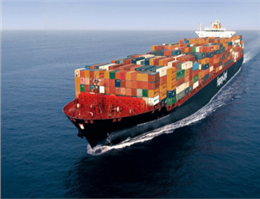 While this represented a significant drop from a net profit of EUR 160.4 million (USD 172.6 million) reported in the same period a year earlier, the company managed to end the third quarter of the year with a net profit of EUR 8.2 million, up from EUR 3.2 million recorded in the corresponding quarter of 2015, MANA correspondent reported.
“The market has been very difficult so far this year, but in that environment Hapag-Lloyd has performed relatively well, which underlines our competitiveness, and we are pleased to report a net profit in the third quarter,” Rolf Habben Jansen, CEO of Hapag-Lloyd, said.
Hapag-Lloyd’s operating result for the first nine months of the year dropped to EUR 25.9 million from EUR 348.6 million reported in the nine-month period in 2015. The quarterly operating result also decreased to EUR 65.6 million for the three months ended September 30 from EUR 80.9 million reached in the third quarter a year earlier.
“The overall results so far this year remain unsatisfactory, but the net profit in Q3 indicates that we are on the right track and that our efforts to further reduce costs and to leverage economies of scale are paying off. Our main focus for the upcoming quarters will be to further optimize our cost position, ensure a smooth implementation of THE Alliance and to complete the transaction with UASC, to further solidify our position in this consolidating industry,” said Rolf Habben Jansen.
In the first nine months of 2016, Hapag-Lloyd transported a total of 5.65 million TEU, around 1.3% more than in the prior year period. The average freight rate fell sharply, decreasing by 17.7% year on year in the period from January to September to USD 1,037/TEU.
The decline was partly due to a fall in bunker prices compared with the previous year, but also due to prevailing overcapacity in the main trades combined with modest demand growth, according to Hapag-Lloyd.
0
Tags: profit Hapag-Lloyd German loss
Visit Home
Send to friends
Print
Newsletter
Share this news