Following the bankruptcy of South Korea’s container carrier Hanjin Shipping, the proposed carrier grouping THE Alliance is left at a size disadvantage to both its future rivals, according to shipping consultancy Drewry. 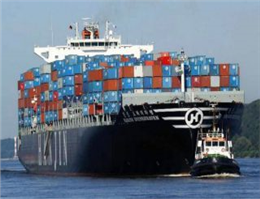 According to MANA, Even before Hanjin Shipping filed for bankruptcy protection the industry was preparing itself for big changes to the make-up of the major shipping alliances, which from April next year are scheduled to downsize from four to three. However, Hanjin’s impending demise and uncertainty surrounding new membership agreements and regulatory approval have clouded the picture.
Hanjin was one of six carriers along with Hapag-Lloyd, K Line, Mitsui O.S.K. Lines, Nippon Yusen Kaisha and Yang Ming that in May of this year announced they would form THE Alliance to serve the East-West container trades from the second-quarter 2017.
The South Korean carrier was the second largest of the group with 460,000 TEU in nominal ship capacity in the East-West routes before it exited the stage in August.
Hanjin has already been replaced to some extent, Drewry said. Hapag-Lloyd’s merger with United Arab Shipping Co. (UASC) will add 315,000 TEU in East-West capacity so it bridges some, but not the entire gap.
Based on the East-West vessel deployment in August, excluding Hanjin but including UASC, THE Alliance market share was around 24%, well below that of Maersk Line and MSC’s 2M Alliance+Hyundai Merchant Marine (HMM), accounting for a share of 31%, and the OCEAN Alliance, which includes CMA CGM, Cosco, Evergreen and OOCL, with its share of 34%.