A total of eight container vessels are set to be transferred from Kuwait’s port of Shuwaikh to Shuaibah port over a period of three months starting from September or October. 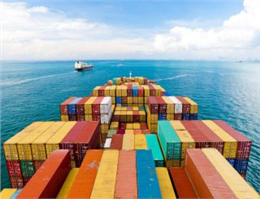 According to MANA, The route of these ships would be transferred as part of phase one, according to the capability of the shipowners, however, the number of vessels would later increase to up to 12 vessels if required.
KSCAA said that the decision was made in order to reduce the volume of import cargo discharge as well as the conjunction of the containers in Shuwaikh port in parallel with closing the Ghazali bridge.
Vessels from Danish shipping giant Maersk, French carrier CMA CGM, South Korean Hanjin Shipping, would be rerouted to the new destination, along with ships from Singapore’s APL, Seacon Shipping, and Admiral Container Lines. KSCAA added that US Military Cargo would also be transferred to Shuaibah port.