South Korea’s Big Three shipbuilders have cut their joint workforce by some 3,000 workers during the first half of the year as the shipbuilding industry was hit by global oversupply and lack of demand. 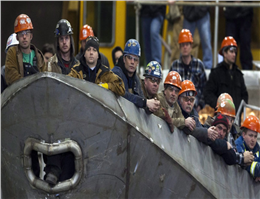 According to MANA, Namely, the country’s shipyards Hyundai Heavy Industries (HHI), Samsung Heavy Industries (SHI) and Daewoo Shipbuilding & Marine Engineering (DSME), were forced to decrease their workforce as they launched drastic restructuring measures in an effort to return to liquidity.
Furthermore, some 2,000 workers are believed to have departed Hyundai Heavy Industry as part of the company’s voluntary retirement program, which brings the total number of the cut in workforce to around 5,000 during the first half of 2016.
0
Tags: South Korea shipbuilders
Visit Home
Send to friends
Print
Newsletter
Share this news