Pakistan’s LNG import on the rise

Around 103,864, 259 mmbtu Liquefied Natural Gas (LNG) have arrived in Pakistan since July 2015 which shows an increase, official sources in the Ministry of Petroleum and Natural Resources disclosed. 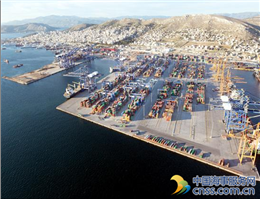 The LNG was being imported by the Pakistan State Oil under competitive bidding and through short and long term contracts, while more LNG terminals would be set to enhance Pakistan’s LNG import capability, MANA correspondent reported.
Nowadays, they said, LNG was the essential part of the energy mix needs of emerging economies, adding that the world was turning towards LNG and emerging economies such as China, Korea, Japan, India, Thailand, Indonesia, European Union, and Brazil have ensured that LNG remained part of their energy mix.
In 2015, they sources said, Pakistan signed a 15-year agreement with Qatar to import up to 3.75 million tonnes of LNG a year, which was being highly appreciated by the business community. The country’s total gas production is around 4 billion cubic feet per day (bcfd) against the demand of 8bcfd, showing a demand-supply gap of four bcfd.
0
Tags: imports LNG Pakistan increase
Visit Home
Send to friends
Print
Newsletter
Share this news