Discussions of Hanjin and Greece in Misty Shadow 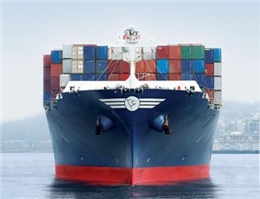 According to MANA, Hanjin Shipping publicly announced that discussions with Danaos are in process due to its intention to restructure its balance sheet and seek concessions from charter owners.
The talks were initiated after the Greek owner reached a 20% charter rate reduction for the next 3.5 years deal with the shipping firm Hyundai Merchant Marine. As the discussions are ongoing, Danaos said that it “cannot speculate on the timing or the nature of the resolution.”
During the second quarter of 2016, Danaos saw it net income rise to USD 44.6 million, compared to a net income of USD 38 million reported in the same period a year ago, while its net income for the first half of the year stood at USD 88.7 million, against USD 68.4 million in the first half of 2015.
The company’s operating revenues for the quarter were slightly lower at USD 136.9 million, against the USD 141.4 million recorded in the second quarter of 2015. A similar decrease was noted in the half yearly operating revenues, which stood at USD 274.4 million, compared to USD 280 million seen in the first half a year earlier.
“The containership market continues to be extremely challenging but is now moving sideways, an indication that we have likely reached the bottom,” Danaos’ CEO John Coustas said.
Coustas added that Danaos anticipates the market environment to remain unchanged for the remainder of the year, “over which we will also start to experience the effect of the expanded Panama Canal which will shift demand from panamax to post-panamax vessels. We are cautiously optimistic that market fundamentals will gradually begin to improve by the spring of 2017.”