Exports to be Increased from Astara Port

Gilan Province Ports and Maritime Organization director stated: in 2015 ,Astara Port witnessed a nine-percent rise in the volume of embarkation and disembarkation in comparison with the same period in the past year. 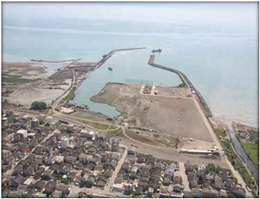 In an interview with MANA correspondent, Seyed Ali Naemi announced that Gilan Province Governor General and some authorities paid a visit to Astara Port as the first Iranian port which is being supported by the private sector, he further stated: given the under-execution operation of the private sector, it has stipulated that one Dock Post and two specialized warehouses should be launched up to the Administrative Week in this year.
Referring to the completion of Astara Port infrastructures by the private sector, he remarked: with the help of the private sector-Kaveh Logistics marine and port Gilan services company- the supervision and management of port infrastructures will be done by Gilan Province Ports and Maritime Organization.
Gilan Province Ports and Maritime Organization director added: Astra as the farthest North Western Port of the country, is of great importance for transportation and goods transit through sea owing to being located in the vicinity with inland boarders of countries like Azerbaijani,Turkey and etc.
Regarding the volume of embarkation and disembarkation in Astara Port in 2015 ,he asserted: this port, currently, activates in the field of exports to Persian Gulf Countries. according to the released statistics, the volume of embarkation and disembarkation in 2015 highlights a nine -percent ascent in comparison with 2014.
0
Visit Home
Send to friends
Print
Newsletter
Share this news