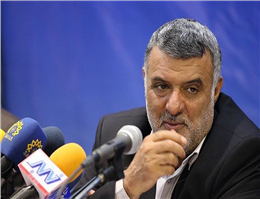 MANA reported that Iran’s secretary of agriculture, Mahmoud Hojjati, in the inauguration ceremony of land-support site for fish farm in Gowrzeh cage , remarked that the aforementioned development plan has been devised by relying on the investment of private sector and the collaboration of a Norwegian company to transfer the state-of-the-art technology. Moreover, a budget of 720 Billion Rials was allocated to it from Keshavarzi Bank Loans and Melli Bank’s Development Support Fund.
Submitting that the fish farming capacity of the aquatic is 1.5 million tons in the south of Iran whereas it is 1 million tons in Mazandaran Province alone, Hojjati added that currently, 300 to 320 thousand aquatic animals are farmed in Iran. No limitation, he further stated, exists for allocating loans to cage fish farming projects, and he hoped that by the end of the 5th development plan, the volume of cage fish farming reaches 200 thousand tons.
In the end, he announced that since March 2015, 4000 tons of fish have been farmed in cage in Iran, and speculated that this figure would reach 20 thousand tones from March 2016 to February 2017.
0
Visit Home
Send to friends
Print
Newsletter
Share this news