Iran’s Insurance to be Ranked Internationally

The promotion of Iran’s insurance industry’s ranking in international scale will certainly boost the interest of international insurance companies in collaboration in issuing reinsurance for Iran’s maritime transportation sector, particularly the case of Iranian tankers. 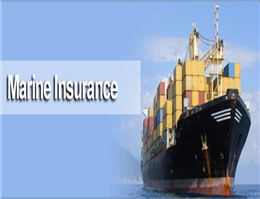 The Chief Executive Officer of Tejarat Insurance stated to MANA reported that commodity insurance is one of the inevitable necessities of maritime transportation, without which the vessel owners can never operate with peace of mind. Commodity insurance, he said, provides the ABC of safe maritime trade.
Mehdi Sameri hoped that the lifting of the sanctions, the promotion of issuing reliable insurance papers and the reception of reinsurance, Iran’s ranking in the international-scale insurance community is promoted.
This insurance expert announced that Central Insurance of IRI, as one of the old timers of insurance industry in Iran, and Iran Insurance Syndicate (IIS) have applied for a promotion in their international ranking.
Sameri asserted that the United States and England held the first and second top positions in the latest rankings in insurance industry in 2015.
The Chief Executive Officer of Tejarat Insurance, also, hoped that Iran’s insurance industry find its ranking and status in the international scale so that effective decisions for its promotion could be made, and the pace of its development could be accelerated.
He further remarked that once Iran’s insurance industry’s ranking in international scale is promoted, international insurance corporations will show interest in cooperation in issuing reinsurance for Iran’s maritime transportation, especially for Iranian tankers.
0
Visit Home
Send to friends
Print
Newsletter
Share this news